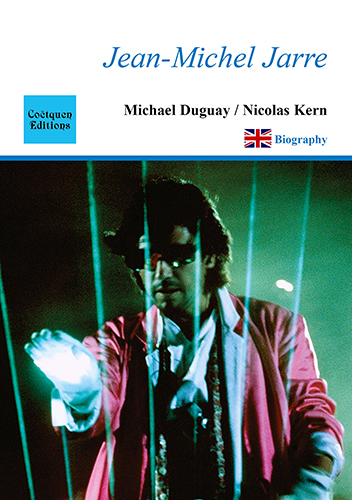 A tape recorder. It is this device that served as the first electronic instrument to Jean-Michel Jarre: « My grandfather had given me a tape recorder and with my rock band, I recorded guitar solos that I was reversing, organ parts that I was slowing down. » Passionate about sound, the young Jarre applied to the Musical Research Group in 1968: 200 candidates present themselves for 4 places. Jean-Michel Jarre passes the exam and joins the GRM, which is then the best school in the world concerning electro-acoustic music.
Trained by Pierre Henry and Pierre Schaeffer, Jean-Michel Jarre discovers an innovative approach to music at the time. Speaking of Pierre Henry, JMJ said: « He is the first, with Pierre Schaeffer, who said that the music was not only made of notes based on music theory, but sounds and that we could go out with a microphone and go record the sound of the rain, the sound of the wind, and make music out of it. »
On leaving the GRM, Jean-Michel Jarre becomes a composer, lyricist, arranger and producer. And then in 1976, in his apartment turned into a home studio, he composes a record of instrumental music that nobody wants: Oxygène. Producer Francis Dreyfus accepts to release the album and it's a revolution. Thanks to this record, « He [Jean-Michel] has made millions of people discover electronic music! » Moby

From Lyon to Equinoxe Infinity, discover the story of one of the pioneers of electronic music.